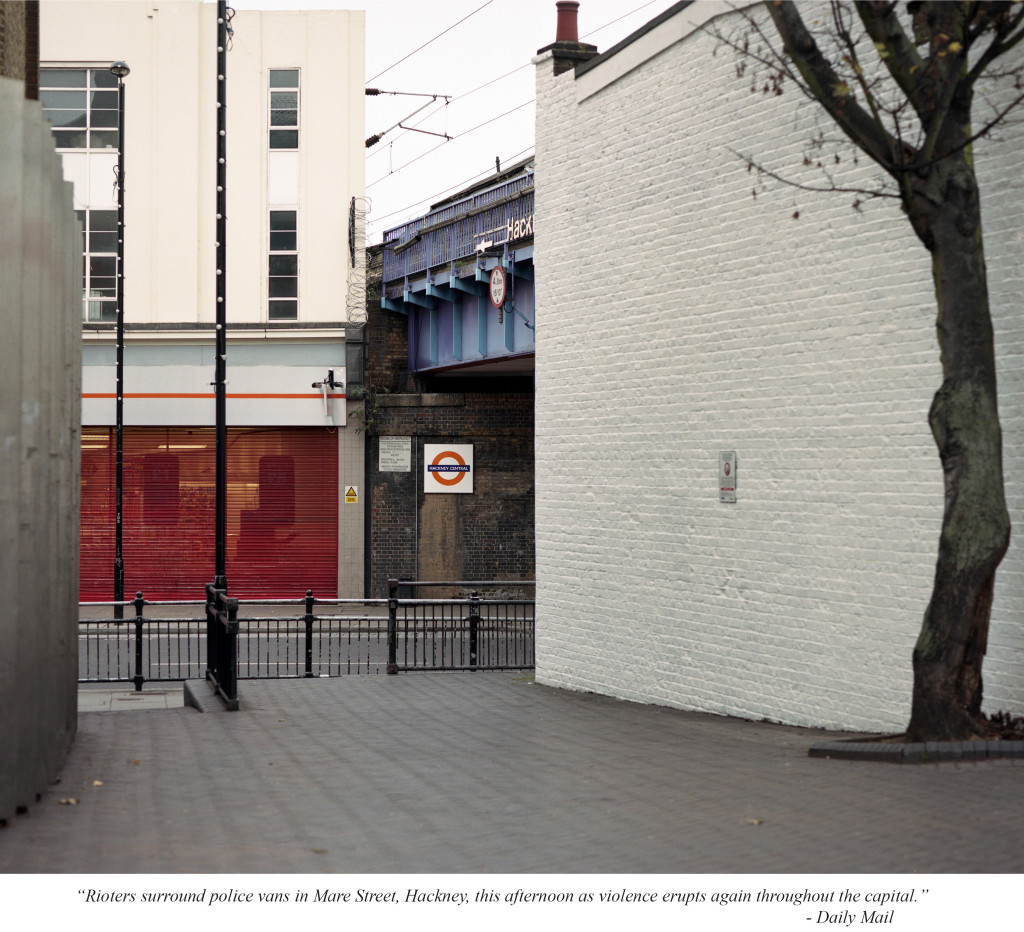 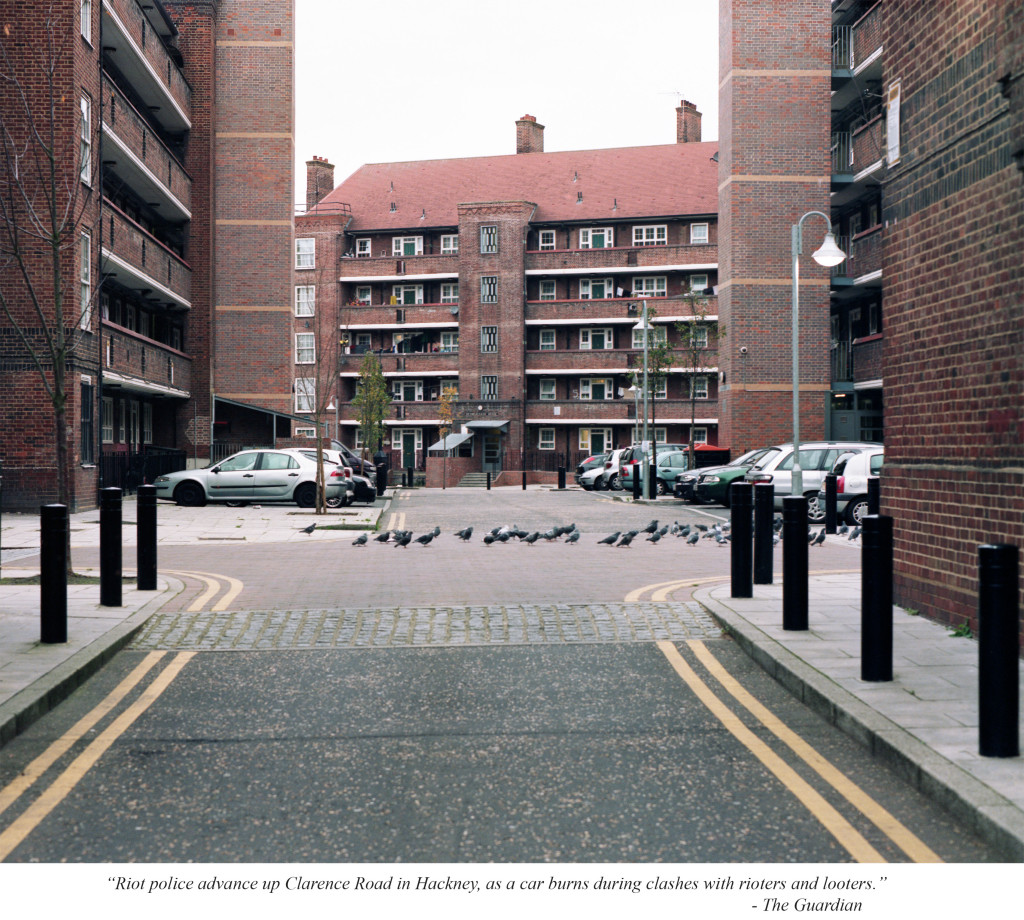 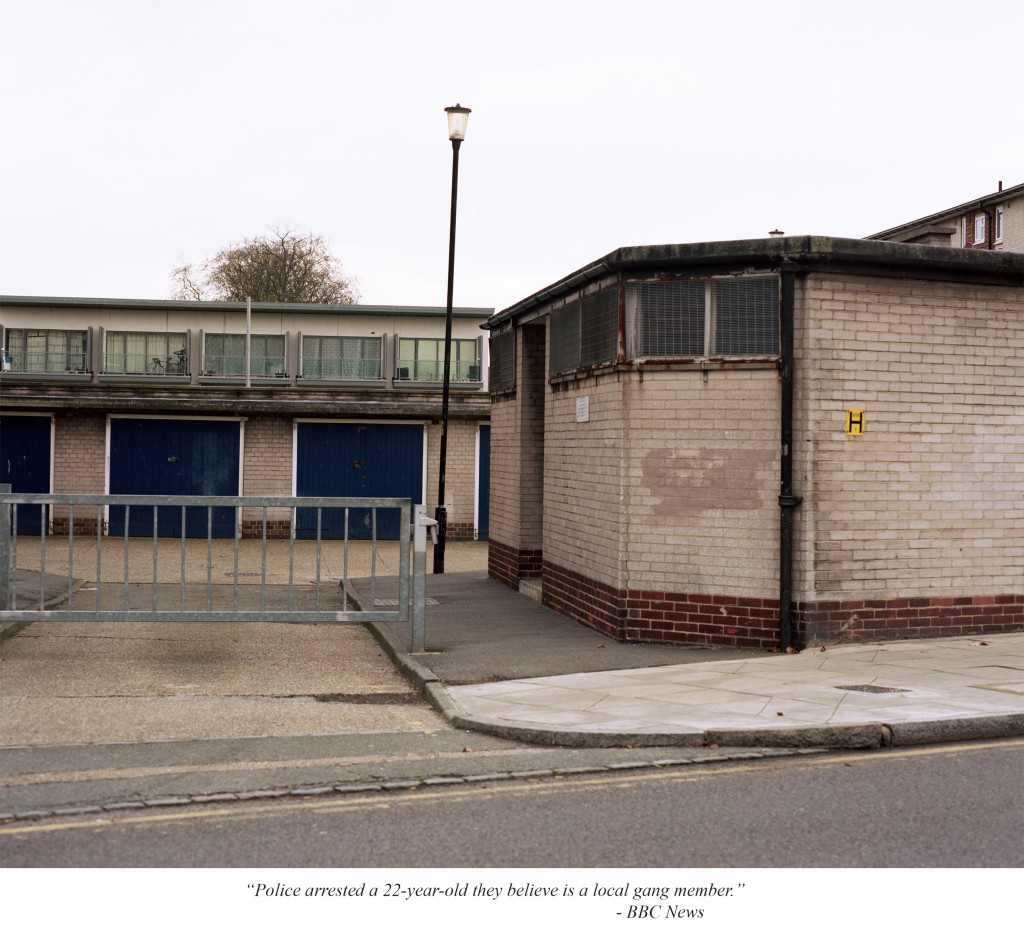 Hackney Aftermath examines the contrast between media coverage of the riots in Hackney during the summer of 2011, and how the same area appear in its everyday state. Quotations were captured from news coverage at the time, and the images were then taken one month after the riots.